I have a beloved Nitecore Tube torch which has been on my keyring for years. I use it very often to look for stuff in cupboards, under tables, down the back of computers and so on.

I have historically had pretty bad luck trying to fix electronics this small, and so when it broke down my first instinct was to buy a new one from Amazon — they cost about $10. Instead I took it apart. 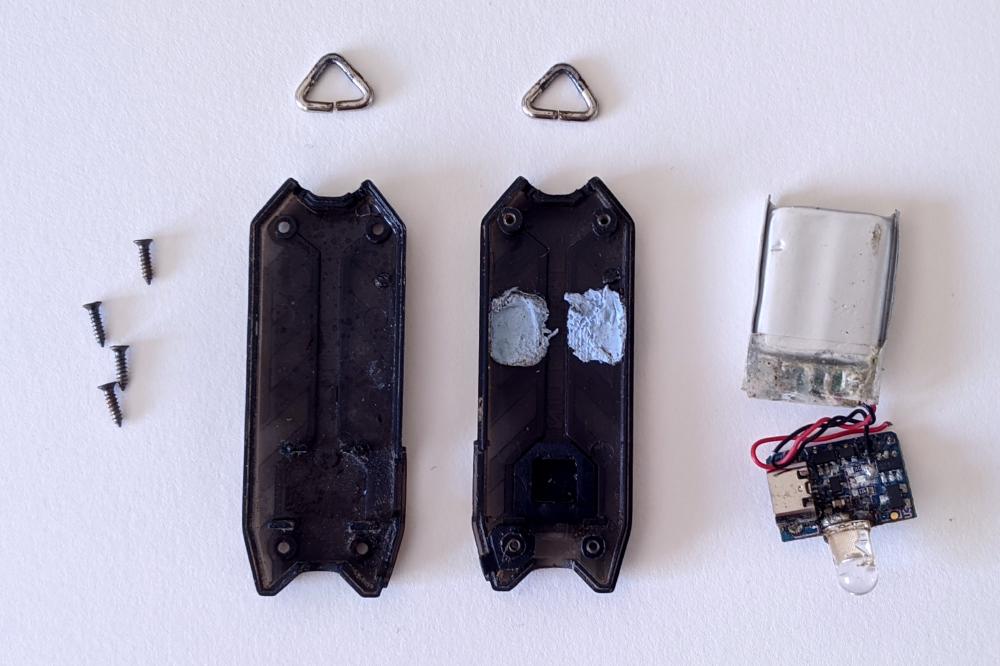 The tiny PCB was coated in years of horrible grease and dust, but that wasn’t the problem — a power lead from the battery had broken off. I’ve moved house almost every year for the last fifteen years so I don’t have much in the way of soldering equipment: 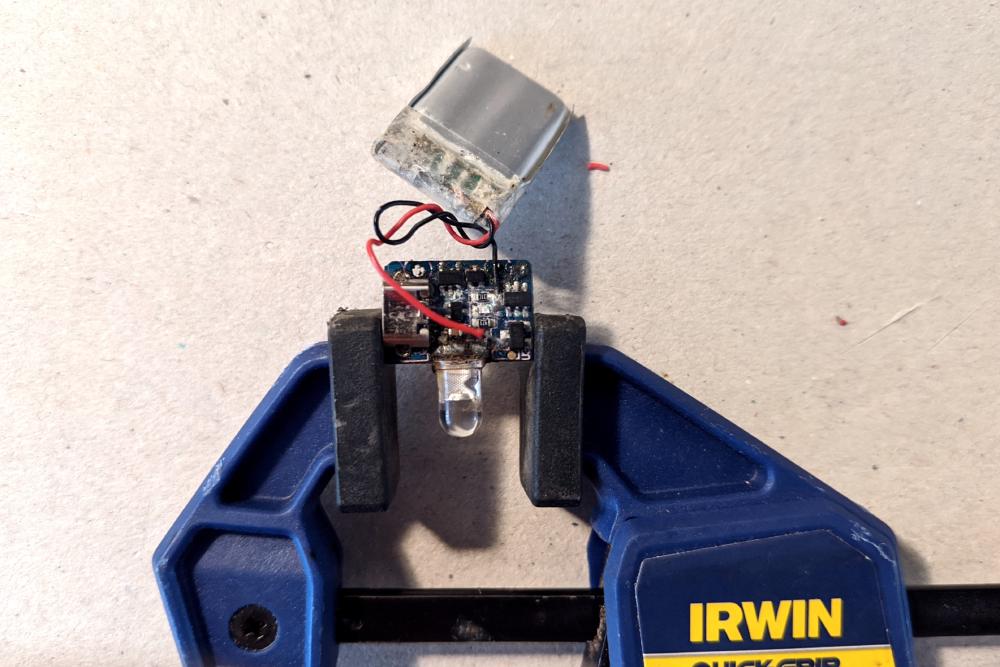 As far as I can tell the battery was originally held in place with Blu-Tak, which indicates that I have taken this thing apart previously. I replaced it with industrial double-sided tape. It always feels a bit shameful to use double-sided tape, but this stuff is pretty bombproof: 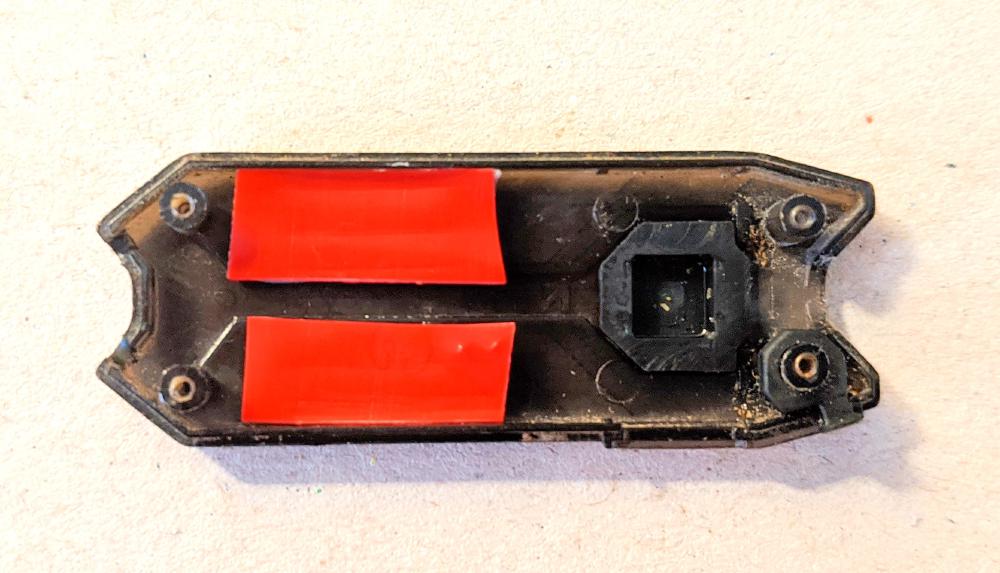 The other day I noticed that Carel Struycken, the giant from Cooper’s dream in Twin Peaks, also appears in Star Trek TNG as Mr Homn. His only line of dialog is “Thank you for the drinks”.

Here you can just about see the blob of two-part epoxy, added on top of the PCB in an effort to prevent this from happening again: 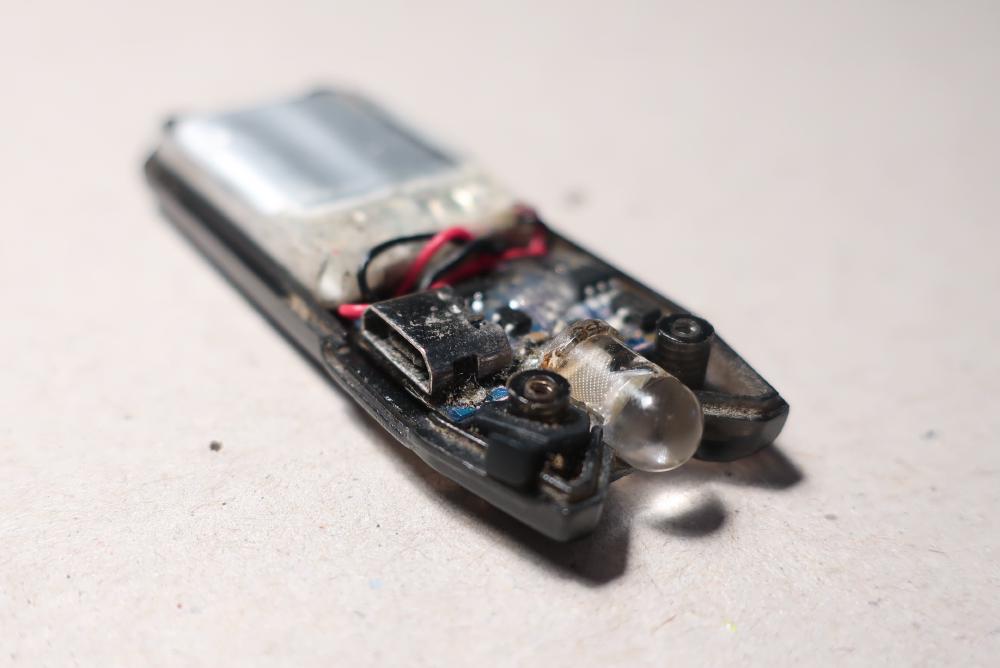 I’m so happy that my torch is working again!! 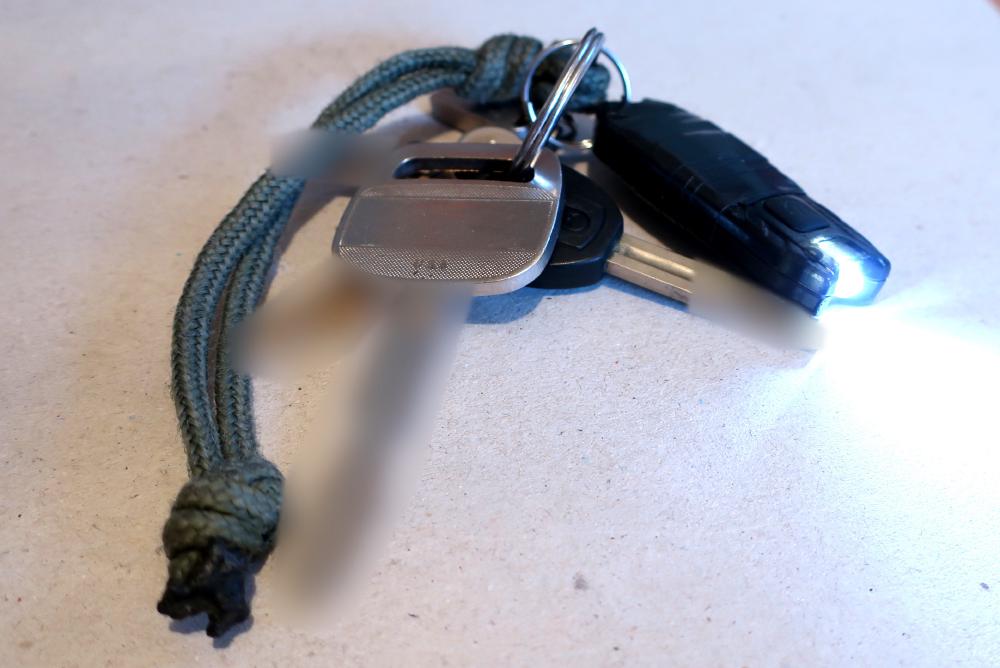